“In this digital age, the custodians of published works are at the center of a global copyright controversy that casts them as villains simply for doing their job: letting people borrow books for free.”

It is amazing that the traditional archivists of human knowledge – the libraries – failed so spectacularly to ride the tiger of the Internet, that epitome and apex of knowledge creation and distribution. At first, libraries, the inertial repositories of printed matter, were overwhelmed by the rapid pace of technology and by the ephemeral and anarchic content it spawned. They were reduced to providing access to dull card catalogs and unimaginative collections of web links. The more daring added online exhibits and digitized collections. A typical library web site is still comprised of static representations of the library’s physical assets and a few quasi-interactive services. 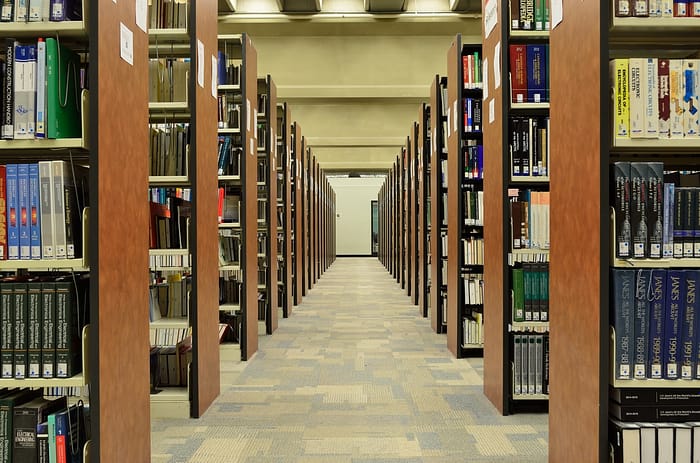 This tendency – by both publishers and libraries – to inadequately and inappropriately pour old wine into new vessels is what caused the recent furor over e-books.

The lending of e-books to patrons appears to be a natural extension of the classical role of libraries: physical book lending. Libraries sought also to extend their archival functions to e-books. But librarians failed to grasp the essential and substantive differences between the two formats. E-books can be easily, stealthily, and cheaply copied, for instance. The source of the e-book – scanned printed titles, or converted digital files – is immaterial and irrelevant. The minute a title becomes an e-book, copyright violations are a real and present danger. Moreover, e-books are not a tangible product. “Lending” an e-book – is tantamount to copying an e-book. In other words, e-books are not books at all. They are software products. Libraries have pioneered digital collections (as they have other information technologies throughout history) and are still the main promoters of e-publishing. But now they are at risk of becoming piracy portals.

Solutions are, appropriately, being borrowed from the software industry. NetLibrary has lately granted multiple user licenses to a university library system. Such licenses allow for unlimited access and are priced according to the number of the library’s patrons, or the number of its reading devices and terminals. Another possibility is to implement the shareware model – a trial period followed by a purchase option or an expiration, a-la Rosetta’s expiring e-book.

Distributor Baker & Taylor have unveiled at the recent ALA a prototype e-book distribution system jointly developed by iBooks and Digital Owl. It will be sold to libraries by B&T’s Informata division and Reciprocal.

The annual subscription for use of the digital library comprises “a catalog of digital content, brandable pages and web-based tools for each participating library to customize for their patrons. Patrons of participating libraries will then be able to browse digital content online, or download and check out the content they are most interested in. Content may be checked out for an extended period of time set by each library, including checking out eBooks from home.” Still, it seems that B&T’s approach is heavily influenced by software licensing (“one copy one use”).

But, there is an underlying, fundamental incompatibility between the Internet and the library. They are competitors. One vitiates the other. Free Internet access and e-book reading devices in libraries notwithstanding – the Internet, unless harnessed and integrated by libraries, threatens their very existence by depriving them of patrons. Libraries, in turn, threaten the budding software industry we, misleadingly, call “e-publishing”.

There are major operational and philosophical differences between physical and virtual libraries. The former is based on the tried and proven technology of print. The latter on the chaos we know as cyberspace and on user-averse technologies developed by geeks and nerds, rather than by marketers, users, and librarians.

Physical libraries enjoy great advantages, not the least being their habit-forming head start (2,500 years of first-mover advantage). Libraries are hubs of social interaction and entertainment (the way cinemas used to be). Libraries have catered to users’ reference needs in reference centers for centuries (and, lately, through Selective Dissemination of Information, or SDI). The war is by no means decided. “Progress” may yet consist of the assimilation of hi-tech gadgets by lo-tech libraries. It may turn out to be convergence at its best, as librarians become computer savvy – and computer types create knowledge and disseminate it.

Sam Vaknin is the author of “Malignant Self Love – Narcissism Revisited” and “After the Rain – How the West Lost the East”. He is a columnist in “Central Europe Review”, United Press International (UPI) and ebookweb.org and the editor of mental health and Central East Europe categories in The Open Directory, Suite101, and searcheurope.com. Until recently, he served as the Economic Advisor to the Government of Macedonia.